Generally, the Civic, has been a passenger car that has the following main design features:

Seating for 4 or 5 passengers

Safe in the event of an accident

It is because Honda was able to “check these boxes” that over 20 million have sold as of the date of this article.

We’re going to walk you through: Civic generations and common issues (which there are not many!)

Spanning a total of seven years, the 1st generation carried on from ’72-’79. It has a 1169CC four cylinder engine, power disc brakes, reclining seat, and am AM/FM radio! It was joined with the launch of its “big brother” the Honda Accord in ’76.

The car was made to meet consumers demand for a “light on fuel” car to meet the ’73 oil crisis.

The second generation ran a total of four years, announced in ’79 it actually came out as an ‘80’s model. It had minor body updates and added 1 valve per cylinder to the ending. The base engine was larger at 1335CC and 55HP and came with an option 1488CC 67HP. All the same features, but three transmission options: four speed manual, five speed sport model, and a two speed semi-automatic (Hondamatic)

The third generation ran another four years (launched in 83 but sold in 84), it was considered the biggest design risk Honda ever made during that generation.

The fourth generation spanned another four years (seems like a Honda common generation gap!). With a minor redesign, with a lower hood line. This model now came with electronic fuel injection and now had multiple models: HF/DX/Si.

The first 800 of these were built in Canada (Alliston, ON).

A very iconic generation that most recognize!

The fifth generation was at the heart of the “Fast and the Furious” hype.

These cars now had 48/55 MPG and the Si featured a SOHC VTEC engine.

However, these models were now the models that had issues:

Rust & the Honda Engine Oil Burn. The oil burn was generally because of piston rinks scoring from so much power and efficiency.

The rust issues were common around the rear quarter panels and sub-frame.

Building off the body styling of the 5th generation Civic, the 6th Gen Civic featured updated styling, but less radical – more of an update. They offered a natural gas version!

The 7th Gen Civic was released in September, 2000 and was sold as 2001 model years, up to 2005. Keeping the previous sizing – this generation had a coupe and sedan model; branching the FIT as the iconic hatchback, with the Acura name plate taking the luxious rendtions of the EL and CSX (Canada).

These models were known to have rusty quarter panel and door bottom issues, as well as transmission failure issues: 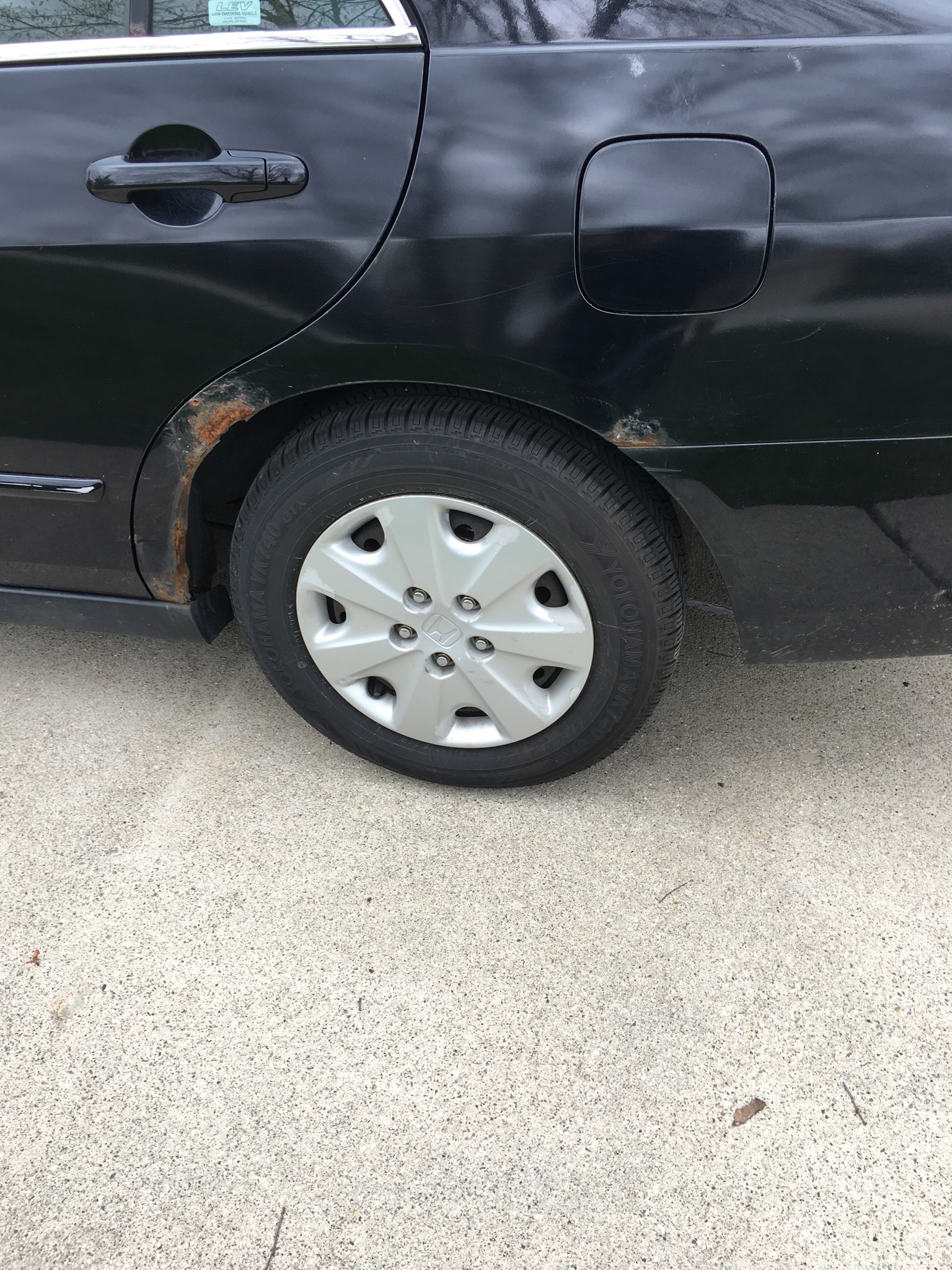 Information on the newer generation Civic:

The eighth generation was released in September 2005, for the 2006 model year. For the eighth generation, Honda split the model into two different platforms, one for sedan and coupe, and one for a hatchback designed primarily for the European market using a simpler rear suspension from the Honda Fit and more aggressive styling. As of 2006, a total of 16.5 million Civics had been sold worldwide, with 7.3 million of them in the United States. Although the North American and the home market model differ externally, they are mechanically identical. The hatchback is available as a three and five-door. Both Si and Type R trim levels continued although the Japanese and European Type R, while sharing the same engine size, are mechanically different. In the United States, an improved, sportier version of the Civic Si 4-door tuned by tuner Mugen was offered, featuring cosmetic alterations and changes to the suspension, wheels, slight exterior differences, and exhaust system. A Canadian only Acura model received a new nameplate, changing from the Acura EL to the Acura CSX. The end of this model generation also marked a hiatus of the Civic Type R in Japan, with no successor model until the later tenth generation, going on sale in mid-2017.

On 13 December 2010, Honda unveiled a sketch of the new ninth generation Civic which was described as “energetic, sleek and aerodynamic.” Both coupe and sedan concepts were shown on 10 January 2011 at the 2011 North American International Auto Show. The production version of the ninth generation Civic (previewed by the concept) went on sale in the U.S. on 20 April 2011.[18] In late 2012, Honda updated its Civic model with new exterior and interior trims for the 2013 year.

Honda’s Eco Assist technology is added to most models, and became the first gasoline-only powered Honda to employ such technology in North America. It is an information system to help the driver adopt a more fuel-efficient driving style,and is proven to improve fuel economy by about 10% for Honda’s hybrid vehicle in Japan.

The tenth generation Civic is based on the all-new Honda compact global platform. The sedan model was first unveiled in September 2015, for the 2016 model year.

The tenth-generation Civic features a new fastback exterior design, with the rear C-pillar flowing into the tailgate. The front of the car features a new chrome wing design that flows across the top of the headlamps.

The interior of the new Civic likewise features major design changes. Unlike the split bi-level speedometer and tachometer of its predecessor, the EX and above trim levels of the tenth generation Civic consolidates these instruments into a fully customisable, all digital “Driver Information Interface” incorporating a 7-inch LCD screen positioned directly behind the steering wheel and in the driver’s line of sight.the LX trim instrumentation consists of a large analog tachometer that surrounds a digital speedometer and other digital displays.

Honda claims the tenth generation Civic Si trim (which is the eighth generation of Civic to offer an Si trim level) reaches 60mph from 0mph in 7.0 seconds, though Car and Driver was able to bring a 2017 Civic Si Coupe to 60mph in 6.3 seconds.

All-in-all the Civic, by Honda have been among the best selling cars in the world. With over 20 MILLION sold, lots of them need to come off of the road, each year. Generally, Generation 1-4 are now considered “collectors” with older being more sought after! Gen 1/2/3/4 are worth upwards of $10,000! – $50,000 depending!

What is my Civic Worth?

Resources for checking your Civic’s value

When comparing cars, make sure you find the closest car to yours

Does your Civic, other car, truck, or van need more than minor repairs? If so, read here to find out why it may be better for you to sell us your van for cash, today and save the costs and headaches to come!